Continuing our Equipment Series, we turn to fans and blowers. These pieces of equipment provide air for ventilation and industrial process requirements. They often use a rotating shaft to transmit energy in order to move the air. Fans and blowers are designed to generate pressure to move air or gas against resistance such as ducts, dampers, or other fan system components.

Difference Between Fans and Blowers

Fans and blowers are differentiated by the method and pressure they use to move air. The American Society of Mechanical Engineers has designated a specific ratio of discharge pressure over suction pressure. In short, the ratio of pressure in fans is under 1.1. Blowers have a pressure ration of 1.1 to 1.2. Anything higher than 1.2 is considered a compressor.

Types of Fans and Blowers

Each type of equipment has several models with its own applications. Some of the most common are:

Each piece of equipment comes with its own pro’s and con’s. For example, positive-displacement blowers are great for applications that are prone to clogging. This is because they typically produce enough pressure to blow out clogged materials.

Another example is the axial propeller fan. It generally runs at lower speeds and moderate temperatures. Small changes in static pressure can cause large changes in airflow, but the fans can handle large volumes of air at low pressure. Propeller fans are often used indoors because their efficiency in outdoor applications may drop to 50% or less

A malfunction in a fan or blower can wreak havoc throughout the entire system, as well as violate certain safety protocols. Below are some issues fans and blowers can experience.

Conclusion on Fans and Blowers

At Houston Dynamic Service, we have extensive knowledge on how to rebalance, machine or replace parts on all types of fans and blowers. To learn more, contact us to discuss how we can keep your system running at its best! 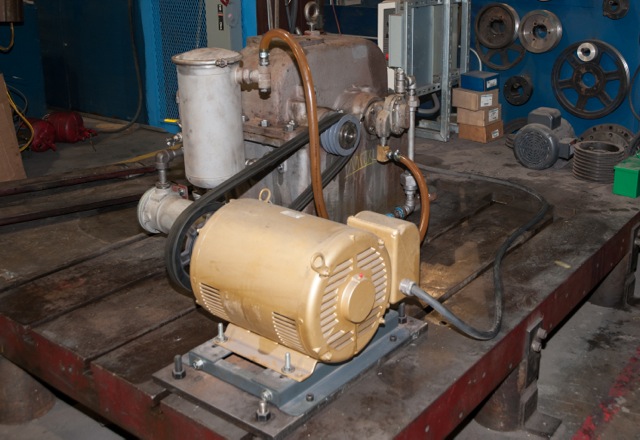