In the second installment of our Equipment Series, we will be focusing on compressors. In a nut shell, compressors are devices that increase gas pressure by reducing its volume. They are similar to pumps because they are designed to use increased pressure to move media. However, compressors are generally associated with moving gaseous media, while pumps usually move liquids.

Compressors come in both positive displacement and dynamic models. They are used in many industries and in many applications. There are four major types of compressors used in the refining, power generation, petrochemical, and offshore drilling industries.

Screw compressors – These compressors use two or more counter-rotating screws which take in gas from the inlet valve. The turning of the screws moves the gas to the other end of the compression chamber. It grows smaller as the air travels through it to increase its pressure. The process is one continuous motion that produces less pulsing or surging than reciprocating compressors.

Centrifugal compressors – These compressors generally use an inlet, impeller, diffuser, and collector. At times called radial compressors, they work by adding kinetic energy with an impeller or rotor to achieve a continuous flow of media. The kinetic energy is converted to an increase in pressure through a diffuser by slowing its flow.

Axial flow compressors – Flow generally enters and exits the compressor parallel to the rotation axis. Rotating airfoils in the rotor accelerate the media to increase its pressure. It is then diffused by stationary blades and at the compressor’s exit to control its exit guide vanes (EGV).

In addition to the aforementioned industries, compressors are commonly known to be used in the HVAC industry to compress and cool or heat air. Compressors are also used in other heavy industries such as:

Compressors need to be inspected and maintained on a regular basis. It is essential for a compressor to produce enough cubic feet per minute (CFM) in compressed air to operate per the manufacturer’s specifications. CFM is one of the most important factors when choosing and maintaining a compressor. Many systems can fail due to incorrect CFM.

Because they are sensitive pieces of equipment, they can fail due to any number of factors. These include but are not limited to:

At Houston Dynamic Service, we have extensive knowledge on how to repair and rebuild all types of compressors from all OEMs. To learn more, contact us to discuss how we can keep your Compressors running at their best. 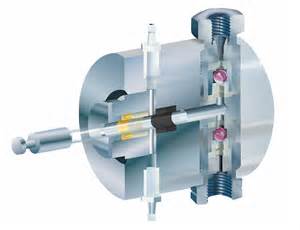