The next installment of our Equipment Series focuses on centrifuges. Centrifuges are equipment that separate suspended solids from liquids using centrifugal (or circular) forces generated by a spinning internal mechanism. They use the principle of sedimentation to cause denser substances to move outward in a radial direction. At the same time, the spinning causes less dense objects to move to the center. Industrial centrifuges are often used in manufacturing and waste to process suspended solids or separate immiscible liquids.

Centrifuges are a fully versatile and desirable option for a large variety of processes that involve separation. They are commonly used but not limited to applications such as:

A few examples of centrifuges in the industrial world include:

Horizontal – Objects are carried in containers that can operate at high speeds to separate solid-liquid suspensions. Gravity can also be a factor in keeping heavier materials towards the bottom of the centrifuge. The horizontal centrifuge offers advantages because the sedimentation of large particles is more efficient at low force.

Vertical – Centrifugal force generates a sideways pressure to force the liquid through the solids, as well as any cloth, filter, perforation, or similar mechanism. These filters retain the solids inside the rotating basket. These centrifuges are ideal for multi-step processes in which operate going from side to side.

Pushers – They offer continuous operation to process difficult materials such as feed solids, polymers, free-draining crystalline, and fibrous substances. Pusher centrifuges use a constant speed rotor fixed to one of several baskets. Centrifugal force is applied mechanically in smaller units and hydraulically for larger units.

Centrifuges are highly complex pieces of equipment that can fail from time to time. Here are a few of the most common issues when the equipment won’t work as intended.

We at HDS are experts in the highest quality rebuilds, repair, reconditioning, and refurbishing for all kinds of centrifuges. To learn more, contact us to discuss how we can keep your equipment running its best. 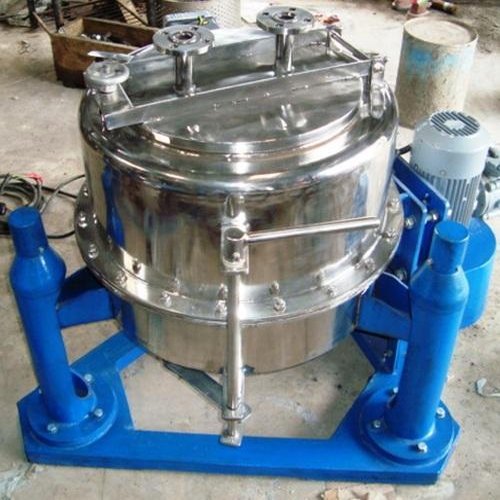